Newberg was meritoriously advanced in direct reflection for his actions during the motor vessel Golden Ray rescue. Newberg, a Coast Guard rescue swimmer, is stationed at Air Station Savannah, Georgia, and was instrumental in rescuing crew members from the grounded motor vessel.

The world watched as four crew members emerged after being trapped in the Golden Ray after it ran aground in Brunswick, Georgia, and heeled over on its port side. Newberg was lowered to that listing, burning vessel in the dark of night to save the vessel’s captain and pilot, who were trapped in the bridge.

Newberg fashioned a rope out of a firehose to reach the two men. Using the firehose, he assisted the pilot out the port bridge wing to awaiting Coast Guard rescue boats, and then lowered the firehose to the Golden Ray’s captain, who was trapped 30 feet below the bridge access, and pulled him to safety.

Newberg is a graduate of McMinnville High School. His father’s name is John Newberg, mother’s name, Cindy Newberg, his grandparents are Richard and Wanda Steinke and his brother is Tyler Newberg, who is in the Army currently stationed in Korea.

The Coast Guard’s Meritorious Advancement Program allows for a district commander to select and meritoriously advance the most talented people in the Coast Guard.

Meritorious advancement is one way the Coast Guard can honor an individual’s embodiment of the core values – Honor, Respect and Devotion to Duty. The program memorializes the extraordinary achievements of our past, present, and future workforce.

The annual State of the Coast Guard Address allowed the Commandant to reflect on the organization’s successes over the past year, detail the Fiscal Year 2021 President’s Budget Request and outline the shared vision for the future of the Service. 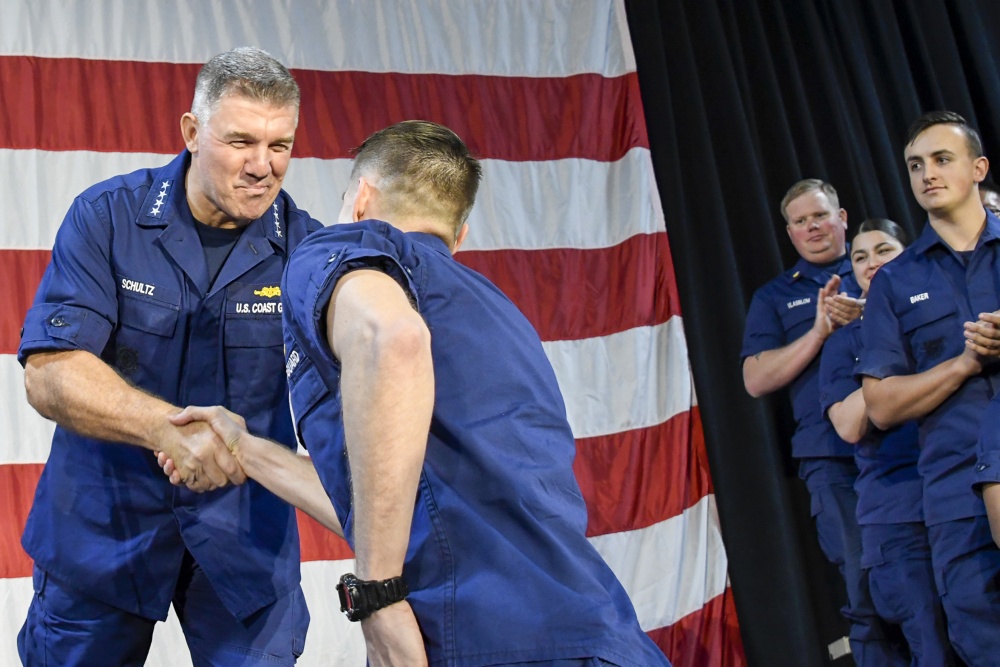 This site uses Akismet to reduce spam. Learn how your comment data is processed.

Search for KLYC on the RadioMax Apps and mark us as your favorite. Chat with the DJ’s, participate in contests and listen to great “Oldies Music”.